Come join in the parade 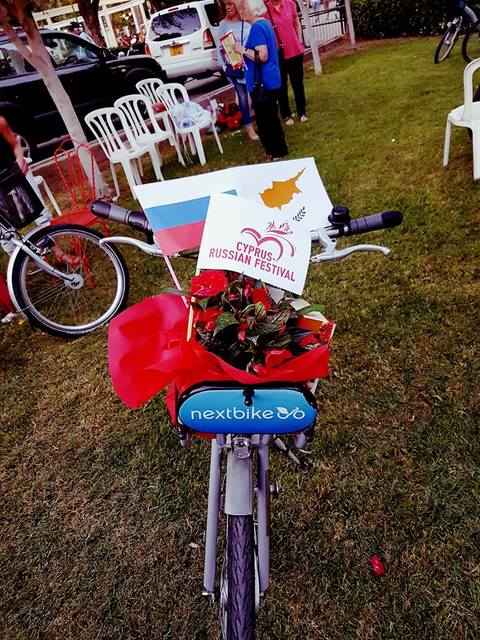 Everybody! Come, join in the parade!

This year a Cypriot-Russian Festival will be adorned by two parades: the Fairy Tale Costume Parade already beloved by everyone and a Costume Bike Parade.

The Bike Parade starts on June 2 at 9.00 at the Old Port. The gathering will take place near stand of Next Bike company, and those participants who do not yet have their own bike will use this company's bikes in order to participate in the Parade.

Anyone can participate in the costume parade. You can bring your own bike, or you can (free of charge) book a rental bike from Next Bike. For this purpose, you need to register with Victoria Mazur, Director of the Parade ([email protected]). We will be glad to see you wearing a carnival costume and ride the bike as quick as the wind! It will be noisy and fun, because special guests will join the Bike Parade, namely the participants of the Limassol’s Carnival.

All participants of the Bike Parade after entering the municipal park will join the Grand Fairy Tale Costume Parade. These are the characters of your favourite cartoons and children's shows, plush animals and fabulous beauties, as well as everyone in beautiful carnival or fancy dresses. Each participant will be noted on the main stage, and the person with the most unusual costume shall receive a special prize. Children will have a unique opportunity parade together with life-size puppets and their favourite mascot characters.

We invite you to join the fun and become spectators of these two Parades! Parade participation for both events is free.

In case you want join as a spectator, we advise you to show up early at the central square of the park! As of 9 a.m. until 10 a.m. an unprecedented “Happy Hour” will take place – all children will receive ice cream, get face painting and braids for long-haired girls, totally free of charge.

Fairy Tale Costume Parade’s begins on June 2 at 10.00, at the eastern entrance to the Municipal Park